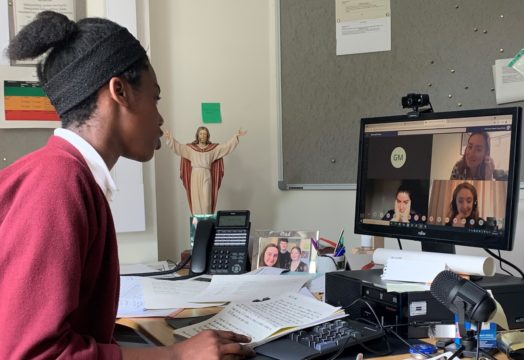 At St Dunstan’s RC Primary School in Kings Heath, the pupils were so outraged when they learned how little money asylum-seekers received and that they were not allowed to work, that they invited their local councillors to talk about their support for the “Lift the Ban” campaign – this is a campaign to change the rules so that asylum-seekers will no longer be banned from working. The pupils were pleased to note that the councillors agreed with them, and wrote letters to be passed on to their local MP and then to the Prime Minister.

The councillors were so impressed by the commitment and passion of the pupils that they arranged for some of them to attend the Birmingham Migration Forum to discuss what they had done and to read out their letters. As you can see, the meeting took place online, and we have heard from some of those taking part how impressed they were.