All party support for Birmingham City of Sanctuary 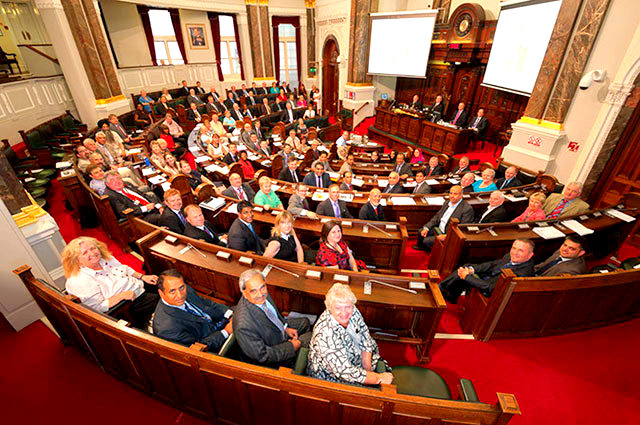 We are celebrating today after news that Birmingham City councillors have endorsed our campaign to make the city a City of Sanctuary by welcoming new arrivals fleeing persecution and war. A resolution to full council by Councillor James McKay was approved with all party support yesterday evening.

Many organisations and individuals in Birmingham have already pledged support for the campaign including the Lord Lieutenant, faith leaders, Vice Chancellors of all the city’s universities, the Chief Constable and senior business figures.

A campaign spokesman explained, “The City Council is recognising the contribution that migrants make to our city’s economic and cultural capital. They know that newcomers fleeing their homes and arriving in the UK need welcome and support and they will encourage and assist groups and individuals seeking to provide this. Our campaign group already works with individuals and organisations providing support. We would love to hear from residents groups, sports clubs or any organisation who is interested.”

One of the groups helping new arrivals is a small church in central Birmingham located near a hostel used as Initial Accommodation for asylum seekers. Once a week they host a lunch for up to 100 people of all faiths and nationalities. Some return after they have moved and when they are settled in Birmingham. The team offer help and support in practical ways and some of those attending become part of the team bringing skills from translation to washing up!

Several schools in Birmingham have been awarded “School of Sanctuary” status as they have shown that they help their students, staff and wider community to understand what it means to be seeking sanctuary and to extend a welcome to everyone as equal, valued members of the school community. These schools are proud to be places of safety and inclusion for all.