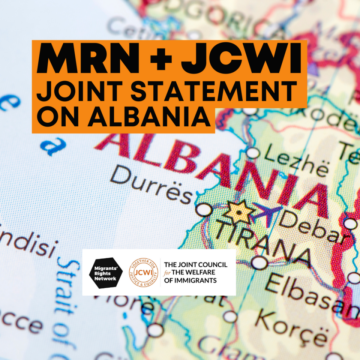 Following the Prime Minister’s recent statement in Parliament to the effect that asylum claims from anyone coming from Albania will be declared to be “unfounded”, MRN and JCWI have issued a joint statement which can be read here.

Many of those who claim asylum in the UK from Albania are survivors of trafficking and modern slavery, and  any fast-tracked deportation scheme would place them at risk of re-trafficking and further harm. The Home Office’s own recent statistics also show that the majority of asylum claims made by people from Albania are granted.